Firstly I would like to dedicate this trip report to the couple I meet in the Gambia this Year. Who found my trip report for 2007 very helpful for their trip this year, Thank You.

This was our third trip to The Gambia. Our previous trips were in November 2005 and March 2007.

We booked our holiday through Thomas Cook this time and stopped at the Senegambia Beach Hotel on a B&B basis for 14 nights which cost £1358.00 for two. This included insurance and surcharges. Food was good and the hotel staff brilliant

Was the guide we hired back in November 2005. We hired Yaya again for 4 days birding around the coast. Places we visited included Marakissa, Pirang, Makasutu, Kotu Creek, Abuko, Tanji and Tujering. Yaya’s price for 4 days birding £320 for two people.

We also hired Modou Jarju, the Senegambia Beach Hotel bird guide for a night out at the Nightjar site at a cost of 400 Dalasi per person. (roughly £10)

We hired Babu for a half day to the Bijolo Forest. Babu was a great help and is a good guide. Quick to point out the birds and any questions you may have.

We only hired Babu for this visit to Bijolo and it is so hard to get an overall picture, but he was good on the birds, polite, and did things by the book. I probably would hire him again on another visit. Cost was the standard 250 Dalasi hire for a guide.

If you do decided to hire a guide from the hut ensure you do do it by the book in front of everybody else and make sure it goes in the guide book in the hut, do agree a price before you go, including any taxis. If you don’t agree a price you may get caught out. If they won’t give you a price walk away. This has NO reflection on Babu who was good. This experience was with another Official Tourist Guide which makes it worse when it is one of the official guides. Babucarr can be contacted at babusanyang@yahoo.com

Just Malarone at a cost of £55.01 from Tesco for 24 tablets = £2.29 per tablet, this includes the prescription price. See report for November if you are going for the first time

This is the place to be if you want to get close to birds. Stopping over for two weeks we managed to knock up a species list of 58 around the grounds. Taking the grounds bird list to a total of 79 species.

There were also reports of Golden Tailed Woodpecker at the Kariaba Hotel next door.

On our walk round we had no hassles and saw no one being hassled. This is one of the areas that seems to get it’s fair share but we saw nothing and were not challenged.

We were taken to the site by Modou the Senegambia Beach Hotel bird guide. Nightjar species seen were: Long-tailed Nightjar and Standard-winged Nightjar.
Before the Nightjars we had a visit again to Kotu Creek to find Painted Snipe to an area we were assured was nailed on. Should see 5 or 6 birds no problem – we saw 1 male bird along with a Black Headed Heron and Marsh Sandpiper.

Take plenty of water with you when you are out and about. Cost in the local supermarket for 6-off 1.5 litre bottles 125 Dalasi

The weather was hot and sunny during our 14 day stay in the Gambia with the occasional light hazy cloud. Plenty of sun cream was needed. It was pleasant to about 11:00am and then Hot till about 04:00pm. Anything between 81° F and 106° F

“Bumsters” you will come across, they are a part of the Gambian culture, be polite and strong they will get the message, there is no need to be rude.

These are by Malcolm Rymer and are a must before you go a great introduction. There are three in all:

These can be bought through his web site http://www.wildlifevideos.net/ 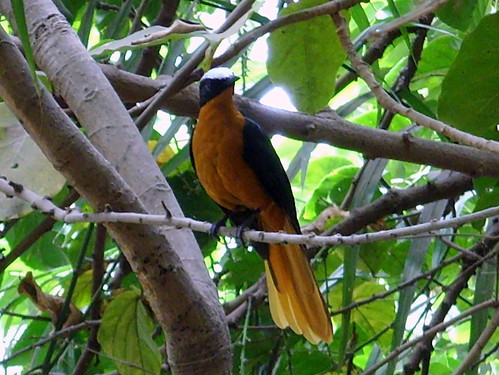