Spurn Head time and our first port of call was at Sunk Island for Black Stork, a new bird for me so I was hoping for good views. As we approached the site we could see a few birders gathered, so a good sign and it was, we were straight out of the car and the bird was near the road walking along one of the ditches. It took to flight eventually, landing in the nearby by field but still giving good views,it was soon in the air again but this time passed over our heads and landed in a field again but this time was distant, so a great start to the day 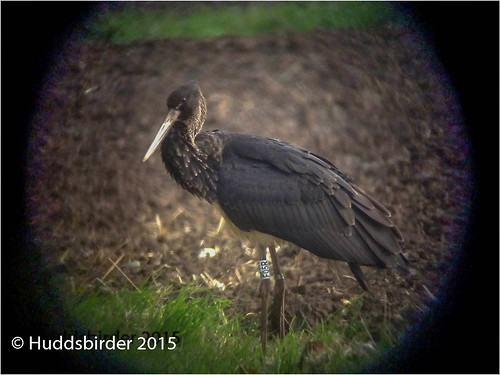 It was then onward with smiling faces to our goal were we spent the rest of the day. a Juv Red backed Shrike was seen in the corner field our first bird after our landing (it was also mig fest weekend at Spurn), and a Common Whitethroat around at west mere farm we had views of Barred Warbler (eventually), before heading down for a sea watch for a few hours but we did see Common Scoters, Sooty Shearwaters, Red throated Divers, Fulmar, Gannet, Arctic Skua, Sandwich Tern, a manx Shearwater and Pomarine Skua passed which I didn’t get onto.

We had Pied Flycatcher around the warren area with Little Grebe, Mute Swan and Mallard on the Canal Scrape, Whinchats on the triangle. Grey Plover, Ringed Plover, Dunlin, Redshank, Shelduck, Curlew, and a fantastic count of 15+ Little Egrets on the shoreline, overhead plenty of Golden Plover and a Yellow Wagtail over

Birds missed which would have been nice to see were Corys Shearwater, Sabines Gull and Baleric Shearwater