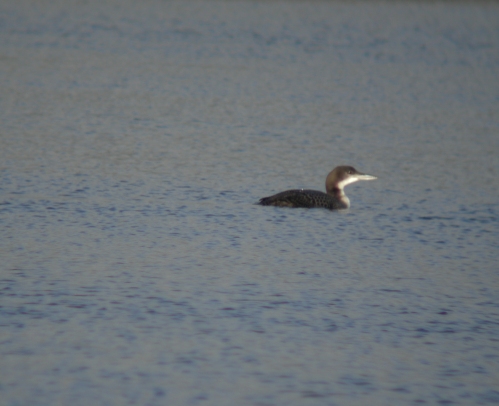 Last Month of the year and finishing on a high adding Great Northern Diver which is  the first Diver species to the Patch List, two Immature birds located at Blackmoorfoot Reservoir. I had been holding my breath for a good week before I could get out to see these birds, winter nights, but it was worth the wait even if they were distant. Along with the divers Goldeneye ♂, and Black Headed Gulls.

On then to Pugneys to try and add a couple of year birds for this years list, it wasn’t long before I found the first a Ferrruginous Duck and I had timed it just right, it had come out of its sleep and was swimming around in front of the hide. Then another hoped for bird in the form of a Bittern which was harder to find but just at the right moment creeping up the reeds enough to give its self away and then away from prying eyes once again. Other birds on show at Pugneys today Pochard, Shoveler, Mallard, Tufted Duck, Wigeon, Cormorant, Black Headed and Common Gulls, Kingfisher, Mistle Thrush, Great Crested Grebe, Mute Swan, Coot, Moorhen, Lapwing, 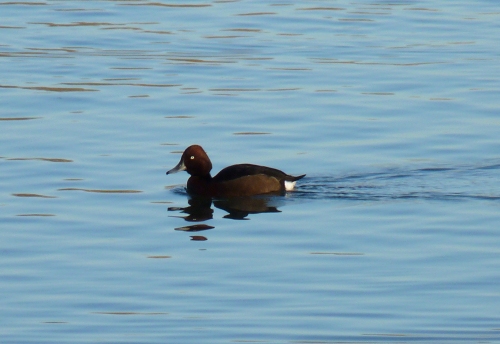