Once again back at Sands Lane to see two totally frozen up pools so round it was to the weir were I found the birds had gathered , Adult Ring billed Gull is still present along with the usual hosts of Black Headed Gull and Common Gull. Along the river could be found Mute Swan, Gossander male and female, Mallards, Coot, Tufted Duck male and female, Cormorant, Gadwall male and female a patch year tick, Kingfisher which of course didn’t stop has it made its way down river. So my hour was up it was now off to get a different bird yep Turkey 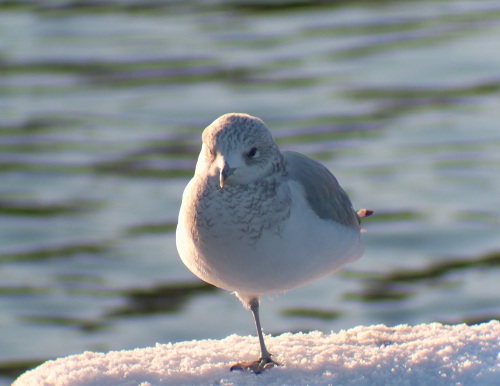