Finally a day out in England okay it’s nearly the end of the year and the temperatures are a far cry from the ones we were enjoying last month. Why Calder Wetlands/Pugneys, its close within 20 minutes and it has been holding a lifer for me for a while now so it had to be done, the location was easy to find due to the line of birders standing on the banking, the bird a Blyth’s Pipit was also easy to find, a large pipit larger than a Meadow, brownish above and paler below which made it stand out amongst the long grass, breeds in Mongolia and surrounding areas and is a long distance migrant moving down into southern Asia. We enjoyed the views as it foraged among the long grass before it was lost to view as it flew, giving off no calls as it did so. Other birds of note whilst watching were Little Grebe and a fly over Woodcock.

Pugneys is only next door so it would have been rude not to have dropped in plus a cup of tea was calling. Whilst we were at Pugneys we had a walk around the main lake seeing birds as we went a pair of Goldeneye were nice to see, Shovelers, Tufted Ducks, Mallards,, Pochards, Sparrowhawk flying over, Kestrels (2), Mute Swans, Coot, Moorhens, Black headed Gulls, Common Gulls, Cormorants, Great Crested Grebes, Canada Geese, Robin, Blackbird, Common Redshank (1), Pied Wagtail 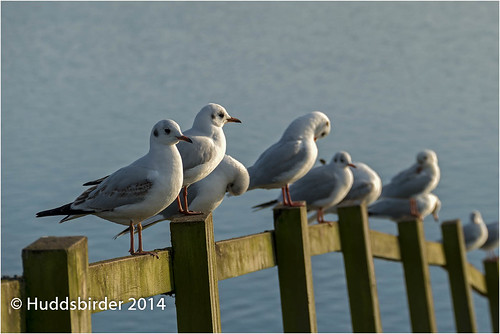