Well after a bit of a dry spell over the summer I decided on blowing off the binoculars and getting back out with Old Moor being a good starting point. The day was dry with a bit of wind, the sun came out, when it did a couple of Small White butterflies gave a brief appearance. Wath Ings hide was shut off due to maintenance work  so I decided starting off at the visitor centre feeding station, birds here were Blue Tit, Great Tit, Long tailed Tit, Bullfinch, Greenfinch, Chaffinch, Goldfinch, and Robin also a mouse which proved elusive mainly running around in the undergrowth only giving brief appearances as it made its way across from one patch to another and obviously too fast for the camera.

Tree Sparrow farm next with a short stop in the garden for a Small White Butterfly, couldn’t resist, the Tree Sparrow farm then after the short interlude which only gave what I’d seen at the feeders so decided on a trip around the pools in the hope of a few Common Darters, search I did but find I didn’t.

The next stop was the Family Hide and the Mere where there was a lot of wildfowl about, Gadwall, Mallard, Teal, Wigeon, Coot, Moorhen, Mute Swan, Canada Goose, Greylag, Goose, Cormorants, even managed to pick out a Little Grebe. Gulls about were Common Gull, Black headed Gulls, Lesser black Backed Gulls and Herring Gulls, and a very distant Little Egret

A walk down Green lane then to round things off where its not just about the birds…… here i found Green and Spiked Shieldbugs, lots of Garden Spiders, ladybirds and a what I think was a Long Winged Cone-head 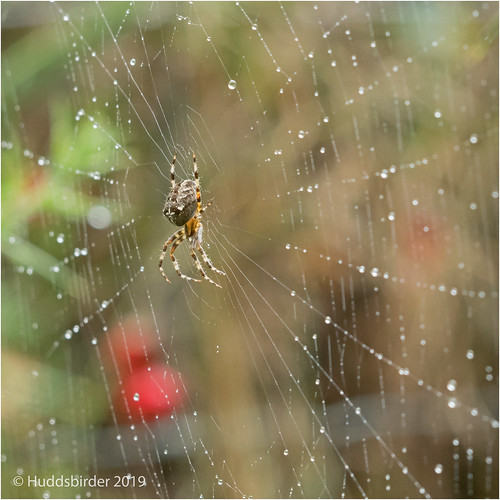