Saturday was our Church group outing which was heading towards Martin Mere this time but due to people having other commitments it was a select group of four and a new destination was put forward and it was to Potteric Carr we went. A uneventful day at Potteric Carr for our group with few highlights Black Headed Gull, Common Gull, Lesser Black Backed Gull, and Herring Gull were the gull species about with Robin and Blackbird on the thrush side, Mallard, Gadwall, Shoveler, Teal on the side of waterfowl, Chaffinch and  Bullfinch for the finches, Blue Tit, Great Tit and Long Tailed Tits were about with Great Spotted Woodpecker and Green Woodpecker only heard and not seen, Golden Plover and Lapwing on the wader front with Greylag Geese, Canada Geese and a flock of Pink Footed Geese (70+) high overhead for the goose side and Cormorant and Mute Swan as supporting cast, whilst watching the plovers from the bridge we spotted a pair of Kingfisher on the ditch with a Stoat on the banking side.  As the group halfed in number later in the day the remaining two (me and my wife) had a few minutes in the Willow Pool hide to see close at hand a feeding Water Rail [ Video Link ] 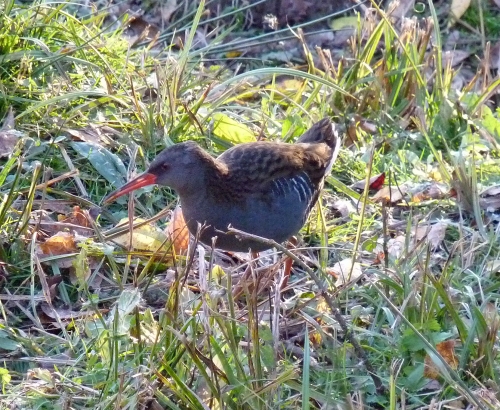 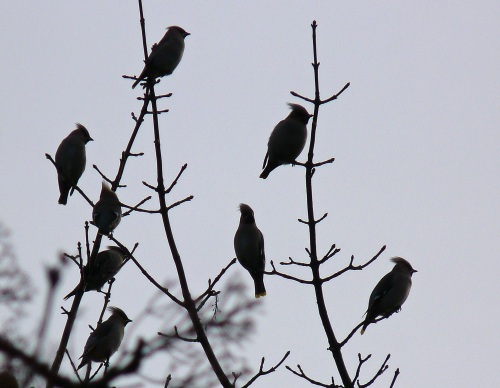 These delightful birds from the Scandinavian region only had two of us admiring them they remained high in the tree top due to the “Bear in the air” making them very unsettled. The afternoon saw us popping over to Hollingworth Lake to see the Pied Billed Grebe [ Video Link ] that had taken up residence, we were able to view this splendid little grebe from the Americas at close quarters. Very much like our resident Little Grebe [Dabchick] in apperance but the bill is a bit bulkier with a hint of the dark bill band, due to it being in Winter plumage, with the throat colour being different also a slightly bigger bird more Slavonian size to me than Little Grebe.