I thought I would start with the Avocet from today’s visit to Old Moor, these have breed at Old Moor for the first time this year we say two chicks today, I believe the first was hatched on the 20th, lets hope they make it to full size apprantely the Black Headed Gull chicks are having a hard time from the Lesser Black Backs that are about 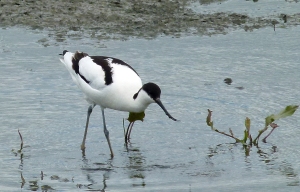 On leaving the visitor centre we firstly paid a visit to the feeders like you do here there were the usual bird species about that now seem to have settled done into breeding the ones we saw were Bullfinch, Collard Dove, Woodpigeon, Magpie, Blue Tit, Great Tit, Willow Tit, Greenfinch, Goldfinch, Dunnock, Robin. We finally left the feeders behind to find a good assortment of Damselflies nearby, we spent quite a while here taking a good number of photos the species we saw Azure, Common, and Blue Tailed

Note the ‘U’ shape on the above Damselfly on segment two, one down from the body, this is on the Male Azure you’ll have to look on my Flickr site to see whats on the Females.  Moving on we finally caught up with a few more bird species from the family hide namely the above Avocet Dunlin, Ringed Plover, Gadwall, Little Grebe, Redshank to name a few highlights but no Med Gull for us today. 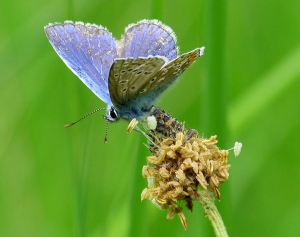 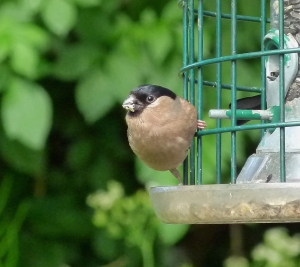