First call was Ferrybridge and the Chesil Beach Centre, I arrived at about 10am and fortunately the tide was on the way out, I had a look at the birds around the centre seeing Black headed Gulls, Great Black backed and Herring Gulls, and a few Mediterranean Gulls a single Wheatear popped up along the bridge railings, which adjoins the car park to the shingle beach, there eventually turned out to be a number of Wheatear today as I made my way along the beach, these and numerous Silver Y Moths kept me company on the walk.

Most of the activity was around the centre where numerous wader species were busy feeding on the mud flats, Bar tailed Godwits, Ringed Plover, Sanderling, Turnstone, Oystercatcher,  and Dunlin were all seen, overhead a couple of Sandwich Tern and Swallows.

I eventually made it over to the island of Portland and decided on a walk around on of the quarries, Tout Quarry Nature Reserve  was the one I had decided on earlier in the week. I parked up the car near the Heights Hotel,Free Car Park and great views back to Chesil Beach. First encounter was a pair of Kestrels on the lower slopes, on in to the quarry Wheatears’ were seen and the odd Red Admiral Butterflies.

It wasn’t until I was well in to the quarry where I found a good flowering Buddleia bush that I found a good number of Red Admiral Butterflies well into double figures. Whilst watching these I noticed Painted Lady Butterfly had joined the party along with a few Silver Y Moths but the star attraction was a Hummingbird Hawk Moth, a quick flight around the bush and it was gone, it was there that I decided on ending my day, you couldn’t get better than that. 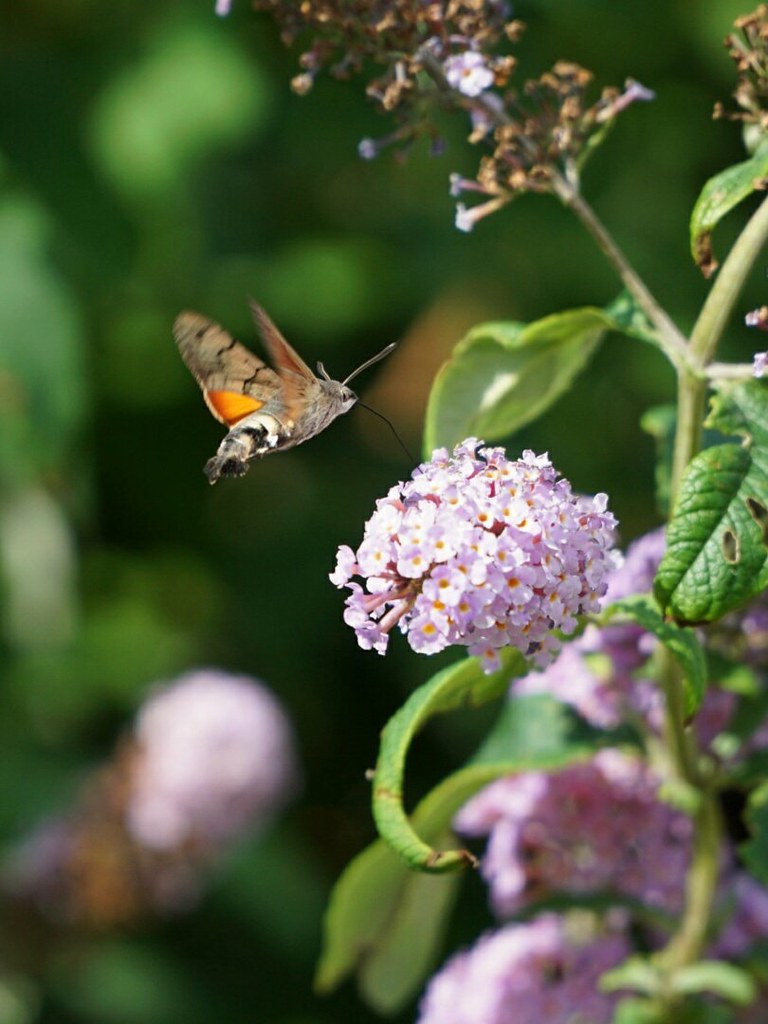