A day out back on UK soil after week back out in the Gambia, big change in temperature but there was a few good birds to be had locally, so I headed on out.

First port of call was the cheesegate nab were the usual celebrities at this time of year stop off on route to breeding grounds else where, but on my travel here I picked up a very sizeable movement of Fieldfares in the approach fields. They took some finding but I eventually tracked them down, 2 Male Ring Ouzel,  seen once again in the usual field. It took me a second passing to find them, they must have been in a small furrow hiding out of view. Other birds here were a couple of Grey Partridge, nice to see these, newly arrived Willow warblers calling away, Pied wagtails flying overhead, Mistle Thrush, a Common Buzzard calling but not located, same with a Green Woodpecker. In the fields Stock Dove and Woodpigeon, with Blackbirds, Dunnock and Robins here and there.

I called in at Ingbirchworth Reservoir but firstly I stopped off at the airfield where I picked up a single male Wheatear, on at the reservoir I picked up a couple of Little Ringed Plovers cruising the dam wall, along with a couple of Coots, over the waters it was nice to pick up a few Swallows and Sand Martins, which I’d seen the previous week in the Gambia, on the water a great looking male Goldeneye was still with us, and a beautiful looking Yellowhammer calling with its distinctive “little bit of bread and no cheese” from the top of a tree near the dam wall.

On then to Old Moor and my first port of call was going to be the Wath Ings hide, on the way down Chiffchaff and Willow Warblers were calling away, making it easy to separate these two species, then a call of a Blackcap near to the hide, this male bird was calling away in a difficult place but eventually I got some brief but good views of my first for the year. In the hide the highlight were a small group of Black tailed Godwits and another calling Green Woodpecker. Wader scrap hide held no waders as the name might have you believing but a fine pair of Mediterranean Gulls was a nice find. A friendly Robin back on green lane was a nice highlight as I made my way to the Family Hide, from here Redshank (which should have been next door) and more Sand Martin (using the artificial banking), Shelduck and Oystercatchers passed thru.

The sun was now shinning so I made my way to the garden picking up a male Orange tip butterfly on the way and a very difficult Green veined White Butterfly, Orange tips were also found at the garden but as always proved difficult to photograph. Out on the TPT I found a few Speckled woods and a Peacock Butterfly, so the insect year had truly kicked off again also. 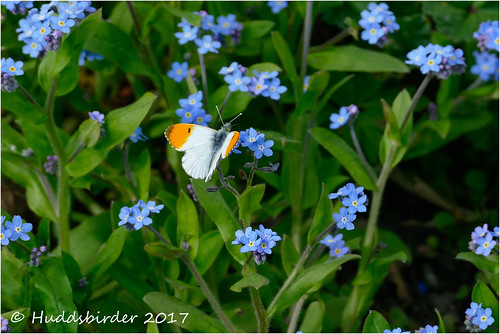 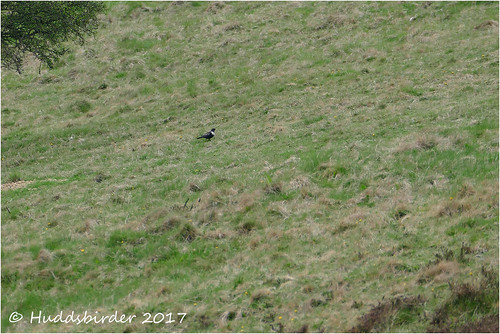