Had to finish the year on a day out and the last day of the year was the chosen day, the first bird of the day to try and find was the Hawfinch, there were plenty about after the influx in to the country but were we destined to find any.

Fountains Abbey was the place we were going to look for a few birds had been reported over the last few days in Yew tress near the Hall, just by the bridge near Westgate Car Park, (Westgate Car Park). On arrival we soon picked up on Blackbirds, Mistle Thrush and Greenfinch and then a fly over Hawfinch, I hoped that was going to be todays few, I needn’t have worried it wasn’t long after that a few Hawfinch started to settle in the nearby trees giving excellent views, other highlights a pair of Grey Wagtail and Redwing

On again to Danby Beacon for Snow Buntings, I wasnt holding out on these due to the high winds, after much looking only came up with a Male Stonechat and a few Red Grouse

Back in the car and down to Whitby for my second ever Desert Wheatear, obliging bird found on the farm track near the Abbey but keeping low down to the ground due to high winds, difficult to get a decent photo as well

Back in the car again and down to Scarborough stopping at Marine drive where we picked up Fulmars on the Rocks and a few Red throated Divers off shore, around the harbour were Turnstones, Cormorants, Herring Gulls and on the defence wall 5 Purple Sandpipers, were keeping low trying to keep out of the wind, and to finish the day off a Starling Murmuration along the seafront 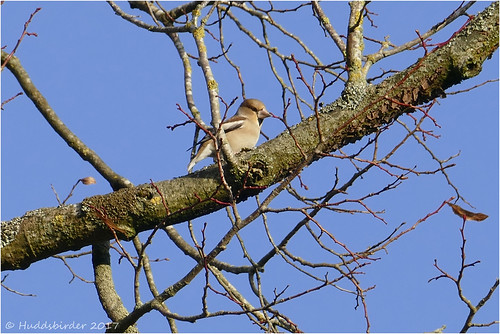 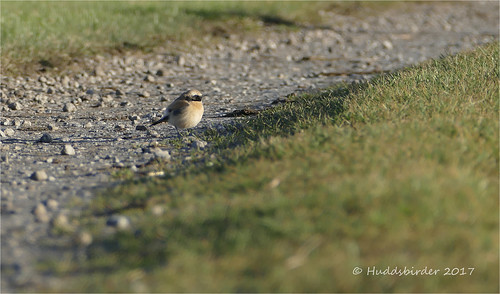 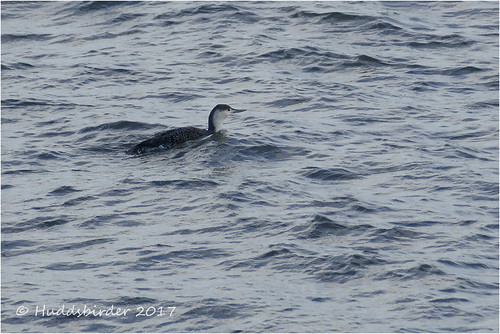