Arrived at Titchwell at about 10am to the sound of my first Blackcaps (later to see) of the year and Chiffchaffs, from the car park I headed on to the reserve and my attention was drawn to a Muntjac Deer in the ditch that runs along the side of the path, undisturbed by us looking on it went about its business feeding away, I stayed watching on until it quietly disappeared in to the undergrowth.

My first port of call  was the beach and from the dunes I could see nothing on the sea but many waders at a distance  along the shoreline. I made my way over and kept myself at a safe distance watching, Oystercatchers, Bar tailed Godwits, Sanderling, Grey Plover, Knot and Redshanks.

Back on to the I passed a couple of Red Crested Pochard on the Tidal Marsh and the calls of newly arrived Sandwich Terns overhead, Curlew, Redshank and Avocet were on the Volunteer Marsh as I made the Parrinder Hide my next stop. From the hide my highlights were Mediterranean Gulls, Sandwich Terns, Little Ringer Plovers, Pied Wagtail, Avocets, Redshanks, Ruff, Snipe, Black tailed Godwits and a distant Marsh Harrier.

My allocated time at Titchwell was over, too short a visit maybe next time a bit longer, on then and down to Lakenheath were I was greeted by a calling Green Woodpecker as I entered the car park. A calling Cettis Warbler bowled me over as I left the car park alas I couldn’t find it. A quick look from the Washland viewpoint and I saw Redshank, Little Ringed Plovers, and  Lapwing

I walked all the way down to Joist Fen Viewpoint were there was many a Marsh Harrier and little else on view in the late afternoon sun. A stop off at the Mere gave me the Male Garganey, Mute Swan, Coot, Moorhen, Gadwall, Mallard, Shoveler and Tufted Duck.

The last visit was around the Visitor Center and on my way there I picked up a Sparrowhawk over the woods, around the center I watched Greenfinch, Blue Tit, Great Tit, Long tailed Tit, Robin and Reed Bunting 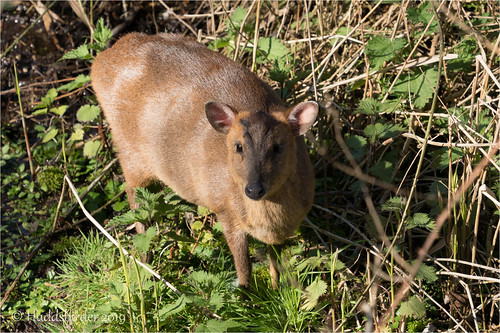