Off plan this visit but since it was a sunny evening I couldn’t resist the temptation of a bit of photography.

I was immediately greeted by a Common Blue Butterfly, perched up, but in windy conditions it proved a bit difficult in getting a good pic. 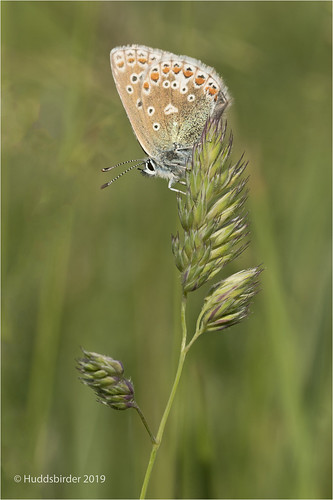 After this beauty it become overcast but broke after about 30 mins but even this proved to be difficult in finding more butterflies, the good numbers of Dingy Skipper last week proved difficult in finding this week due to the conditions, a handful did eventually show.  A single Brown Argus, a single Green veined White and what I was hoping for this week a single Small Heath, which gave me the run around before I eventually pinned it down, but not in a postion for a photo