The week once again was one of the hardest on record with new December lows reaching minus 18 degs but the birds were good especially at work I found a new species in the form of a Male Brambling along with this chappie could be found Black Headed Gulls, Redwings, Blue Tits, Great Tits, Robin, Jackdaws, Crows, Siskins, Kestrel and Nuthatch. One of the guys from work kindly brought his photos in to work to show off what he had been getting in his garden at present he’d been getting some good birds but there was one photo I had to pinch and heres the fellow below love this [straight out the camera no editing], great picture thanks JB 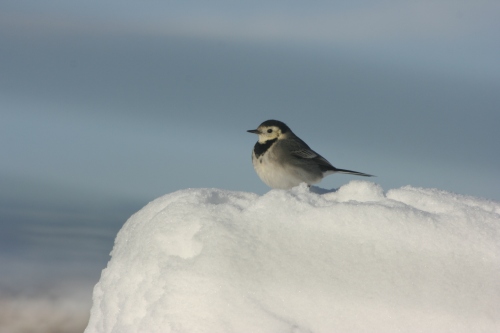 Friday the 10th came and saw me once again down at Sands Lane looking for the Ring Billed Gull [Video Link], this bird was seen last winter mainly thru February as a 2nd/3rd winter bird and is now a full Adult and has been giving me a bit of a run around but not today as soon as I arrived I was on to the bird thanks to a local birder I watched it then for the next two hours minus 30 mins as it flew off but did return thankfully to now a couple of more birders who wanted to see it, heres the handsome chappie below

Other birds in the same area were fly thru Sparrowhawk and Redwings, Mute Swan, Mallard, Common Gulls, Black Headed Gulls and a Lesser Black Backed Gull