After the morning jobs  I decided on a run out to Alkborough Flats which is based in North Lincolnshire at the junction of the River Trent and Humber across from the RSPB Blacktoft Sands Reserve.,

Eventually arrived a t noon and settled into the first hide were there was a lot of action going on from plenty of Lapwing (collectively known as a desert), great to see so may in flight. Other birds on looking around were Dunlin (6), Black tailed Godwit, Redshank, Spotted Redshank (7),  and then a very brief view of a Water Rail as it  came out of the reeds and as quickly as it came it went, a couple of Snipe were harder to see. Wildfowl seen were Mallard, Shelduck, Teal and a single male Wigeon

Made my way down to the next hide seeing Stonechat (♂♀) as I went about 300 Starling in the nearby field a skein of about a 1000 Barnacle geese, overhead I managed to pick up a Common Buzzard as it made its way across the reserve, Curlews were calling, Little Egrets were in flight and dropping into the reeds. Down at the far hide Marsh Harriers were easy to pick up at Blacktoft Sands, Herring, Common, Black headed and Great Black Backed Gulls were making the way down the Humber, Lapwings were here also but they had a few Golden Plovers mixed in, Cormorants were lounging about on rocks and posts, the day had come to an end no Short eared Owls or Barn Owls to finish off with but a Tawny Owl was calling from the wood as I left 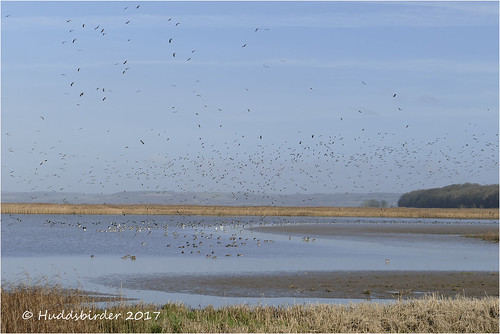 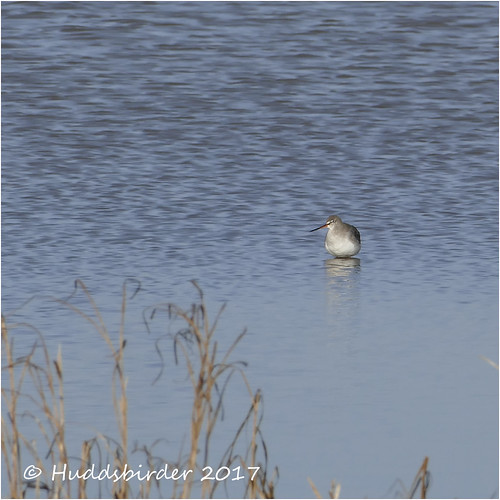