Waxwings were back in the area just over the hill from me in Brighouse so would have been a shame not to say hello.

Arrived at 9am to give the traffic chance to clear from a the busy route and found a suitable parking space on one of the side streets. The Waxwings were soon picked up high in one of the trees giving off their familiar silhouette along with a few Redwings.

As waxwings do they gave flight and then came down to one of the berry loaded tress across the road and feed in a frenzy, along with Redwings, Blackbirds and a couple of Mistle Thrush. 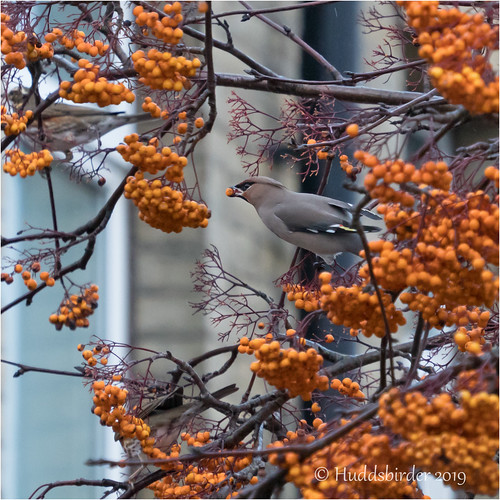 The light was horrible today, grey skies, and drizzle but it was good to see a large number of Waxwing again and I managed a couple of record shots, now it was off to St Aidans for Bearded Tit which were giving good views around Bowers Lake.

Bowers Lake of course was the first port of call but alas the “Beardy” hadn’t been seen for a while, so a little walk around gave, Coot, Mute Swan, Great Crested Grebe, Curlew, Lapwings, Golden Plover, then one of the wardens got my attention by waving and pointing the Bearded Tit was now showing and it was a male bird working its way thru the reeds right next to the footpath. Five minutes later and it had drawn a little crowd, I’ve never seen a “Beardy” this close before, what a sight to behold.

Had my fill so decided to off looking for the Bean Goose that had been reported but all that was found were Greylags, Canadas and a consoling Barnacle Goose in with the Canada flock.

Last one to look for was Water Pipit which I hadn’t seen for a number of years, it was a long walk to the filter beds. My feet were aching when I arrived they were soon located, with help from a few people already there, did manage to find three Water Pipits in all along with Pied Wagtail, Meadow Pipit, and Chaffinch. 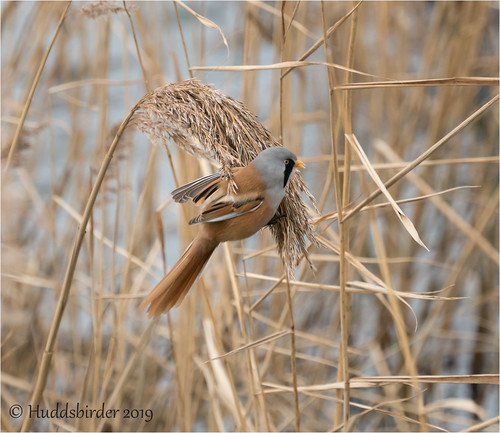 2 responses to “Waxwings and Bearded Tit”