Once again back at Old Moor, seemed like a good place to be today. Started at the Tree Sparrow Farm were plenty of Goldfinch and Greenfinch  were seen along with Stock Dove, Woodpigeon, Reed Buntings, Blackbirds, Dunnock, Bullfinch, Chaffinch, Great Tit, blue Tit, Magpie and of course Tree Sparrows

Moving on then to the Family Hide where Black headed Gull, Common Gull and Cormorants were present along with plenty of wildfowl, especially Wigeon up on the grass bank with Canada Geese and Moorhens, and as always you’ll come across the friendly Robin here as I did when leaving the hide 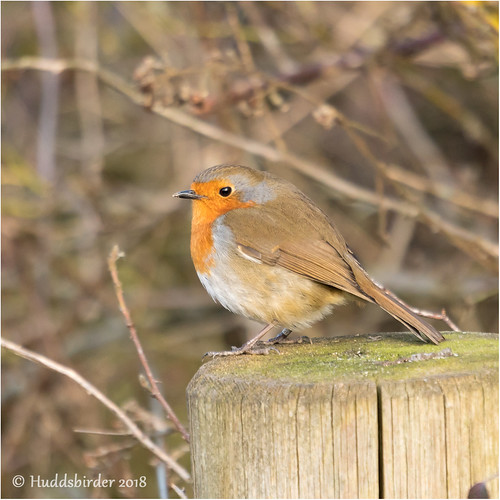 On then I marched down to the Wader Scrap Hide flushing up a Green Woodpecker, not seen one that close for a long time, it dropped down on to the nearby banking so I decided to hang around in the vain hope of a picture, I managed a brief glimpse as it made its way along the banking in the hedgerow, if it just made its way a little bit more to the right into the little clearing  I’d have it, I was posed with camera…….it wasn’t to be off it flew over the banking and out of site, into the hide then.

From here I found Goldeneye ♂♀, Tufted Duck, and the Peregrine sat happily on one of the posts, a bit distant for a photo, also Cormorants, Lapwing, Goosander and Gadwall

On then to Wath ings hide Shovelers were encountered here along with Mute Swan, Common Snipes and Green Sandpiper

To finish the day off, after visiting the cafe of course was on to Broomhill Flash and maybe a Hawfinch which has been seen on and off in the car park for a few days now, it was on off whilst I was there, however good birds were seen. A Common Buzzard was lingering on the far side of the lake being harassed by Crows occasionally. Lots of Geese on show mainly Canadas with a few Greylag but looking thru them a smaller goose was on show a Barnacle Goose which was great to see. A covey of Red legged partridge on the far side also, an Oystercatcher on one of the Islands 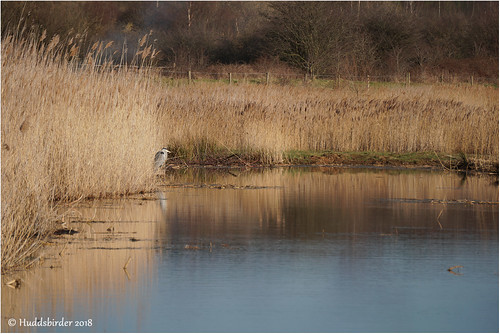